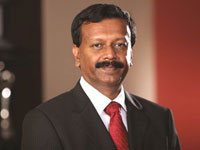 The Central Bank of Sri Lanka (CBSL) has approved the granting of a license to Commercial Leasing Company Limited (CLC) to operate as a Finance Company. This approval will require the holding company Lanka ORIX Leasing Company (LOLC) to divest 10% of its shareholding in compliance with CBSL’s mandatory listing rules for Finance Companies. As a result, the company name is expected to be changed to ‘Commercial Leasing & Finance Limited’ in the near future while retaining the brand as ‘CLC’.

Kapila Jayawardena, Group Managing Director/CEO, LOLC Group commented: “CBSL’s new guidelines for Finance Companies require CLC to be listed as a finance company, and we are confident that the shareholders of CLC will immensely benefit from LOLC Group’s commitment to steer CLC towards rapid expansion with volume growth with a strong foundation to build a deposit base through the well positioned and established branch network. Since LOLC took over ownership of CLC three years ago in May 2008, the Company’s performance has seen consistent and strong growth in profitability. The lending book of CLC which includes leases, hire purchases, loans, factoring and micro financing, rapidly grew from Rs. 8.9 Bn as at March 2009 to Rs. 24.9 Bn by Sep 2011, recording a growth of 180%, which reaffirms our commitment.”

A wholly-owned subsidiary of the LOLC Group since 2008, CLC was delisted in 2009 by the parent company, which took over the entire shareholding at the time. The Company possesses a strong foundation of 24 years, backed by the might of its founders – Commercial Bank, Singer Sri Lanka and Chemanex, before its takeover by the LOLC Group. LOLC has been able to build on the strong foundation with shareholders’ funds seeing an impressive growth of 280% to reach its current value of Rs. 6.4Bn. The total assets of CLC grew by 176% to reach its current value of Rs. 26Bn. Profit before tax for the year ended 31.03.11 reached Rs. 741 Mn, and the Company has already reached a PBT of Rs 2.9 Bn for the six months ended September 2011.

Furthermore, Fitch Ratings Lanka has affirmed CLC’s National Long-Term rating at ‘A-(lka)’ with Stable Outlook. CLC’s sound asset quality, profitability and the strong capital base will position the Company as a strong finance company in the future. Despite the rapid growth of its lending portfolio, the company has been able to maintain its asset quality at superior levels to the industry average, where the company’s gross NPL ratio as at March 2011 was at 0.8% and the net NPL ratio was at a negative 1.9%.

Despite CLC’s core business being in vehicle/equipment leasing, the Company also has a strong presence in the hire purchase, hiring and factoring businesses. CLC is one of the key factoring players in the country and has strong synergies with its sister Company LOLC Factors, and these two companies together make the largest factoring entity in the country. LOLC’s subsidiary, Lanka ORIX Finance Company’s strong position in the country as a finance company, will provide powerful synergy to CLC to take its business to the next level. CLC has earned a reputation for its competitive rates, flexibility and superior customer service. The company operates through 45 branches across the country and is in the possession of one of the strongest broker networks in the country.

Commenting on the post-war macro opportunities benefiting the company, Mr. Jayawardena added: “Opening up of the Northern and Eastern provinces provide unprecedented opportunities for this region to see economic activities which in turn will have benefits that will spill over to the entire country. In this back drop, we have made plans to propel CLC to the forefront of the industry as a finance company and are in the process of expanding its footprint across the island with significant number of branches being opened in this region.”

“Looking to the future, we have given special attention to developing both the Micro and SME sectors of the country through innovative financial solutions. The economic growth of 2010 was broad-based with all the major sectors continuing to perform well. Changing market opportunities while keeping abreast of the national economic policies of the government have steered CLC’s long term objectives in the SME and Micro segment. The Company is well positioned to take advantage of the exponential growth prospects of these sectors which we believe will contribute immensely to the country’s overall economic growth. We have made notable progress in the agriculture sector, and we have implemented region-specific micro loans schemes with a view of uplifting the living conditions of the rual community by way of promoting income generating activities. We are already seeing progressive results from the execution of our long term strategy of developing these sectors with steady and strong business expansion together with steady profitability growth.” He added further.

CLC is poised to receive the full support and backing from the parent company LOLC, whose strong ties with bilateral and multilateral funding institutions will consolidate the company’s operations, added Mr. Jayawardena. The LOLC Group is one of the largest diversified groups in the country and CLC is sure to reap the full benefits of being part of this diversified conglomerate and will grow from strength to strength with the new addition of savings and deposits products in the selected market of SME and Micro.

“CLC’s future is bright and we are at the beginning of an interesting phase as we embark on implementing our ambitious plans for the company. LOLC Group’s strong backing and reputation will create tremendous value for CLC shareholders and customers alike. The customers of CLC can expect innovative savings and deposits products from CLC in the near future.” He concluded.