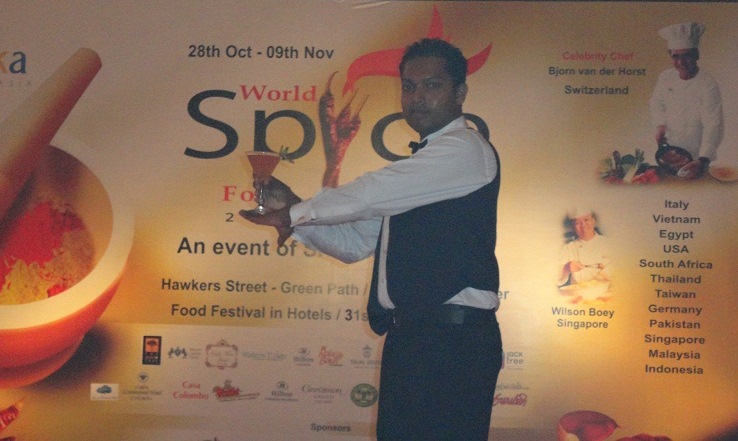 Famed star class hotel located on the Golden Mile of Beruwela, Eden Resort & Spa (LOLC Leisure Group Hotel), made history when it created the Signature Cocktail for Sri Lanka Tourism for the Year 2012 at a ceremony held in Mount Lavinia Hotel earlier this month.This event was held during the launch of the “World Spice Food Festival 2011” organized and promoted by Sri Lanka Tourism -the apex body for Travel and Tourism promotion in Sri Lanka.

Commenting on this significant achievement, Mr. Eksath Wijeratne, General Manager of Eden Resort & Spa said, “Eden Resort & Spa created yet another milestone when it earned the privilege of presenting the Signature Cocktail for Sri Lanka Tourism for the Year 2012. It was indeed a proud moment to witness the talents of the Eden team unveiled at a prestigious event aimed at promoting Sri Lanka as a hub for leisure and travel in South Asia. We commend the efforts taken by various establishments across the length and breadth of the industry to achieve this objective and develop the tourism sector of our country to its former glory”. He concluded.