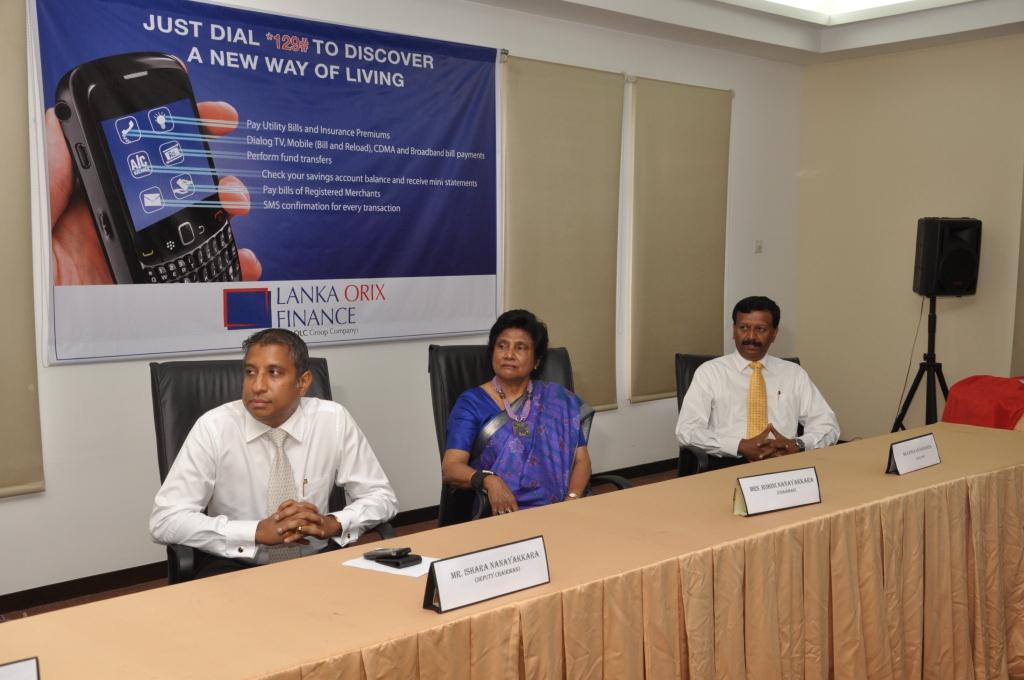 Lanka ORIX Finance Company PLC. (LOFC) added yet another value addition to its services when it entered into the eZ pay network. A promotional campaign introducing this service to staff members of the LOLC Group was held recently. Subsequently, the winners of the promotion were felicitated at a ceremony held at its Head Office earlier this week, where the eZ pay network was officially introduced to its clientele.The eZ pay network is a mobile phone payment network which is easily accessible through Dialog enabled mobile phone connections. By following the instructions given, it enables trouble-free utility bill settlements – water and electricity payments among others. In addition, account-to-account transfers within the LOFC account network can be made free of charge. The eZ pay network is increasingly expanding its services to offer more value added services to its growing network of customers. Among the benefits offered are, convenience by way of settling bill payments without direct cash payment; easy access to a growing merchant network across Sri Lanka; low transaction costs which enable customers of any social strata to settle their bills anytime, anywhere; a transaction speed of less than 25 seconds; an SMS update of all transactions made; and PIN protected transaction logos to ensure that one’s hard earned money is well secured within the payment network.Commenting on this latest value added service, LOLC Group’s Managing Director/CEO, Mr. Kapila Jayawardena noted, “I am proud to announce that we are a member service provider of the eZ pay network. The development of technology has revolutionized the way people relate to their financial needs. We want to be concurrent with these technological advances that bring convenience to our customers. We hope that they will reap the maximum benefits that are on offer. New customers too can enjoy the benefits offered by our eZ pay service simply by opening a savings account with LOFC.”Adding further Mr. Jayawardena explained why this service was first introduced to LOLC staff members. “The reason why we held this special campaign among our members of staff was to encourage them to learn the eZ pay service and its features better, so that they are in a position to encourage it among customers.” He concluded.LOFC, which is a member company of the LOLC group, has made significant strides since becoming the fastest growing RFC in the country. It is the only non-bank financial institution to have been granted a license from the Central Bank of Sri Lanka to engage in foreign currency business. LOFC has a strategically positioned branch network covering all regions of the country and is closely following in its parent company’s footsteps.