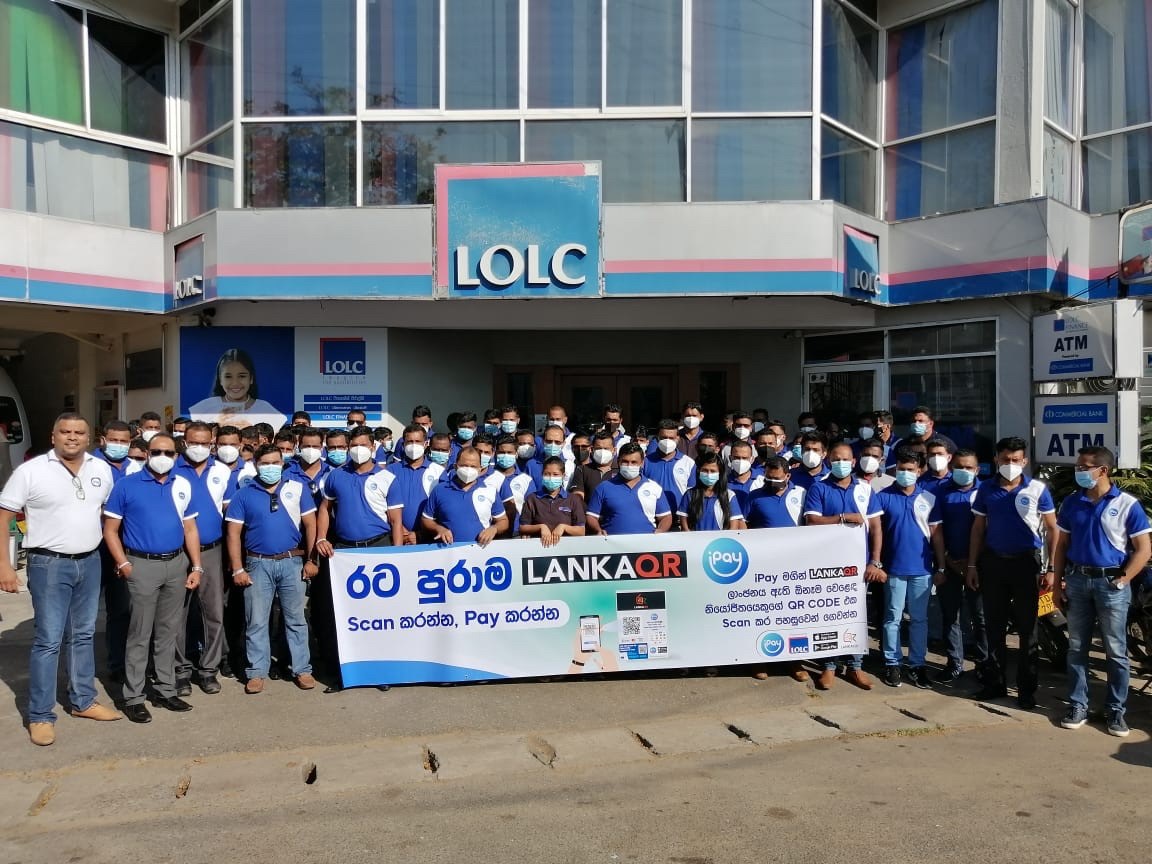 Head of iPay, Mr. Charitha Jayasingha said, “We are delighted to say the increasing numbers of people adapting to cashless transactions through iPay and we are truly pleased that we have been able to contribute immensely towards this national initiative. Our numbers have grown month on month and it is a very positive sign for us as well as the entire nation as a whole. We have seen an increasing number of consumers as well as merchants downloading and using iPay for various types of transactions”.

Speaking about iPay’s continuous drive to promote digital transactions throughout the country, Mr. Montini Warnakula, Chief Operating Officer of LOLC Finance PLC said, “LOLC Finance has been in the forefront of promoting LANKA QR through our island wide branch network and by now more than 35,000 merchants have come on board. We hope to continue our merchant acquiring efforts throughout the island, supporting the national drive aggressively through our island wide reach”.

LANKAQR is a common QR code standard introduced together with licensed financial institutions and Lankaclear (Pvt) Ltd. by the CBSL offering merchants the opportunity and convenience to use one common QR code instead of multiple platforms. Users can make payments via LANKA QR by simply scanning the code using any digital payment app connected to LANKAQR. Approximately, 160,000 merchants have adopted LANKAQR since the launch of the island wide campaign last year.

iPay has been built on an architecture that allows easy integration with any system and has been designed with a host of features, giving the user a unique, one of a kind transaction experience. The vibrant and well-organized graphical user interface of iPay promises a unique experience whilst carrying out payments. LOLC Finance currently operates as iPay’ s merchant acquiring partner.